1. Describe linear and non-linear relationship with the help of suitable diagrams. Discuss in detail Point Biserial Correlation with suitable example. 2. Using ANOVA find out if significant difference exists between the scores obtained by the three groups of employees on Work Motivation

Explain the concept of Normal Curve with suitable diagram. Describe the characteristics of normal probability curve.

4. Explain organization of data with suitable examples. 5. Using Pearson’s Product Moment Coefficient of Correlation find out if relationship exists between the following two sets of scores

With the help of Mann Whitney ‘U’ test find if significant difference exists between the scores obtained on family environment scale by early and late adolescents.

Determine both the regression equations with the help of the scores obtained by the individuals on Test X and Test Y.

Describe the step by step procedure for Kruskal Wallis ANOVA 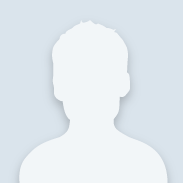 If you are already registered , Login Here
You Can Login by giving your login credentials below, or by using a social sign in.

Every problem has in it the seeds of its own solution. If you don’t have any problems, you don’t get any seeds